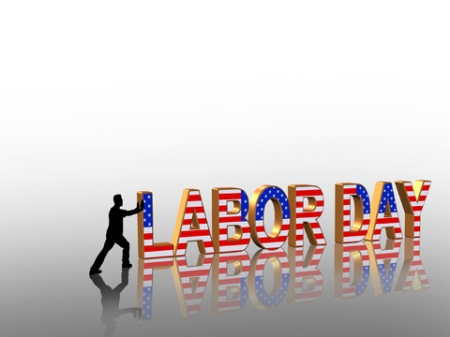 The first Monday in September is celebrated as Labor Day in the U.S.

Always enjoyed the three-day weekend, but as the middle class scion of a entrepreneurial family, never had much sympathy for the cause of organized labor in this country. As time has passed, however, my attitude has evolved.

In my defense, organized labor had long since won its important battles as I came of age, and was as established and comfortable as its so-called adversary, big business.

As Henry Ford, that brilliant, miserable anti-Semite, revealed to a shocked world, well paid workers can afford to purchase the products they labor to produce for you. I’m not being sarcastic — this was an incredible breakthrough.

The lasting images of pot-bellied union representatives cozily dealing with their pot-bellied corporate counterparts; and the often hinted (and sometimes proven) relationship between organized labor and organized crime; all this kept yr (justifiably) humble svt from feeling too much sympathy for what seemed an obsolete cause.

Portly and comfortable, labor long since lost its fighting trim, and paid the price as business steadily, and with little fear of labor’s confrontation, moved jobs, first to union free states mainly in the Southern U.S., and ultimately to Canada, Mexico and offshore altogether.