It shouldn’t be that much of a surprise in the Age of Google and Amazon that several companies are conspiring with your ISPs to harvest every last URL you land on, the better to feed you contextual advertising.

I wrote last month about a new crop of companies that is likely to spawn what I called “the mother of all privacy battles.” These companies put devices inside the data centers of Internet service providers to gather information about every Web site the I.S.P.’s users visit. Their goal is to use this data to display advertising related to what people might want to buy.

END_OF_DOCUMENT_TOKEN_TO_BE_REPLACED

I’m probably the very final person in the ‘Sphere to write about the Web 2.0 phenomenon, Facebook.

It’s simple: I don’t go there. I’m not a college student (wasn’t ever one for long, and that was two score plus years ago), and I don’t need another on-line locale to waste away the hours.

But, one can’t avoid encountering it in the (old and new) media, and I will admit to an occasional bout of Facebook-envy, as I read about the increasing average age (“we’re not just for students anymore”) — what am I missing?

So far, I’m confining my Web 2.0 activities to my LinkedIn participation, sparse as that is (and I joined that circle about five years ago, before anyone knew there was such a thing as social computing — just networking for job seekers and seekers-to-be), and of course, this daily habit I fondly call nanocorner of the ‘Sphere©.

So constant reader is probably way ahead of me encountering the story of Beacon, Facebook’s program that is tracking ‘Booker’s habits, especially buying habits, both within and (wait for it) outside of Facebook.

A (new and old) media firestorm. You’re always hurt most by the one you love, and a lot of people love Facebook. So, Facebook backtracked on Beacon, as this NYTimes Bits blog reports:

Mark Zuckerberg has produced a symphony of contrition in a blog post today about Facebook’s Beacon feature, which initially sent information on users’ Web purchases to their friends unless they specifically blocked the disclosure of each purchase. 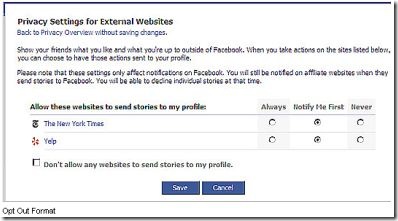 Hansell asks, “what took them so long to fix this?”

Here at WordPress.com’s site today, they were highlighting a post on the Techland blog from Fortune regarding this Beacon fracas. It stopped me cold. 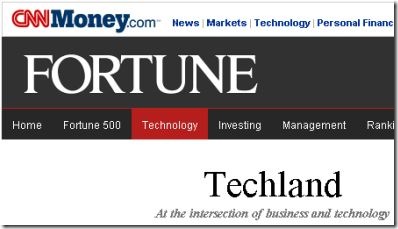 A lot of people say that Facebook has jumped the shark. That’s flat out wrong. In fact, Facebook is now being devoured by the shark. There’s so much blood in the water, it’s attracting other sharks. And if Facebook’s not careful, one of them is bound to come along and finish it off. I’ve never seen anything like it in the annals of fast-rising tech companies that fail.

The really weird part of this story is that there’s absolutely nothing wrong with Facebook. It works as well as it ever has, and many of the people who use it (my kids for instance) are unaware of the worsening situation about its privacy-invading Beacon social ads scheme that tracks people’s web-surfing habits even when they’re not on the site. That’s bound to change. The market is fickle, something better is in the wings, and as soon as it arrives, the alienated and angry mob will race to it. Delphi’s errors begat Prodigy and its errors begat AOL, which was crushed by the Web.

Quittner paints quite a dire portrait.

What’s surprising here is the speed with which this thing is coming undone — and the ease with which it could have been avoided. What’s harming Facebook – perhaps to a terminal degree – is enormously bad PR. For a social media company, these folks don’t understand the first thing about communication…

Facebook, as so many of today’s tech meteors, was begun by kids in college, and its leadership is still quite young. Quittner points out that many such companies earn their maturity by hiring on a senior level guy or gal with some seasoning, in order to avoid fiascoes of the kind currently whipsawing Facebook.

MUDGE can be quite objective about this, in a way I suspect neither of today’s bloggers are able to. One suspects that certainly Quittner, and possibly Hansell (let’s face it — right now I feel like the only guy on the planet who is/was not a member), enjoyed their Facebook membership, and the sense of betrayal is palpable.

The true lesson of Beacon, in my opinion, is that there is great danger lurking in all of the social media/Web 2.0 space: Unpleasant consequences are possible when the urge to monetize becomes irresistible.

Facebook, with its zillions of prime age consumers was a rich prize, too ripe to leave alone.

Greed in moderation: it’s the capitalist way, after all.

Greed with technological amplification (i.e., Beacon): excessive, even in our world of institutional excess.

Okay, so here’s the L-HC warranty: no ads will ever appear here at Left-Handed Complement. No pay-for-post (as if!). Whatever links you find in the sidebar will never result in an outcome that includes dollars, euros, shekels or kopecks.

This is a hobby, folks. I spend only my time here; no more is expected of you, and thank you most sincerely for that!