mm506: What to read when you’re not reading me 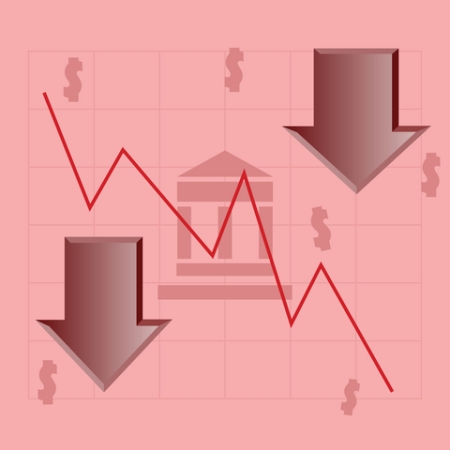 Away (from blogging — the writing, not the reading) and the economy, and especially the stock markets, continues in free fall.

Everyone is on edge, if not downright frantic, because if you’re too young to be that concerned about your retirement account and pension, you very well might be looking over your shoulder for economy-related pink slips.

The presidential campaign continues its free fall, from idealism and straight talk to Republican distortions and lies, and increasingly strident (and quite rapid, altogether a nice improvement over the “gentlemanly” Kerry debacle) Democratic responses.

And chanting relentlessly about Bill Ayers to mad-dog mobs (did Sarah Palin bring out every last one of this country’s rednecks?) while 401Ks keep decaying and mortgages keep resetting  is making ordinary, moderate people downright angry.

My approach to the meltdown? I just don’t look at my funds.

If you’re not spending it tomorrow, why make yourself crazy? If you live long enough, you’ll see the markets come back. And I’m not retiring until my 90th birthday.

Of course those now living off of their pensions and especially their IRAs and 401Ks have a right to be furious with the criminal class of plutocrats running (yeah, and ruining) this country’s biggest financial institutions. And the Republican politicians who made the world safe for their crimes.

I can imagine some really juicy show trials come January.

Meanwhile, I’m reading lots of good stuff, enough so that this past week I find myself rather tongue-tied as a result.

So, rather than fight to get the words out, here’s a laundry list of worthwhile reading.

Jason Buckley at Washington Interns Gone Bad is one progressive political site I check out frequently, either through the good offices of BlogExplosion.com, or better yet, through our blogroll.

A favorite read (also on our blogroll) is Len at First Door on the Left, who seems to find the good stuff first, and apparently has access to the mother lode of political cartooning.

The 12 Angry Men Blog had the most concise rundown of the contents of the ” $700 Billion Wall Street Bailout” (and I saw a funny [rueful] comment somewhere tonight that for Wall St. billionaires it’s a bailout; proposals that would pay off mortgages of average citizens is socialism); another site I just don’t get to frequently enough.

Just found Scott of The Coyote’s Byte in the last week or so, and I’m glad I did. He picked up (and, more to the point, beat yr (justifiably) humble svt to the punch) on McCain’s extraordinary call during Tuesday night’s debate for Meg Whitman, late of (soon to be late?) Ebay as a potential Treasury Secretary. The same week that Ebay announced 10% in personnel layoffs. Like McCain’s pal, Carly Fiorino, lately of (thankfully robust, despite Fiorino’s “best” efforts) HP, these two famous Silicon Valley women have proven themselves to be all hat, no cattle when it comes to running their businesses. I wouldn’t want them coming near running this economy.

Warren Buffett? Now there’s one septuagenarian I would trust with my money, and my country’s fate. Obama, be very persuasive!

Political Realm is one of the most useful comprehensive political sites. Important news and commentary to read and view there, day in and day out.

Finally, TomPaine.common sense sends me a daily newsletter, proving every day that there’s nothing that’s ever been more needed, but is less common and more difficult to find in today’s perilous world, than common sense.

And everyone’s pace, save yours truly, has picked up, reflecting the relentless countdown to what well might be one of, if not the most important of this generation’s tipping points, November 4, 2008.

So, faithful reader, there’s billions of pages to read, even if I haven’t updated in eight days. But thanks for not giving up on me.

And, thanks for voting.

It’s it for now. Thanks

This entry was posted on Thursday, October 9th, 2008 at 9:56 pm and is filed under Economic depression, Economy, McCain, Obama, Politics, Presidential election, progressive, Recession. You can follow any responses to this entry through the RSS 2.0 feed. You can leave a response, or trackback from your own site.

16 Responses to mm506: What to read when you’re not reading me