mm493: Superficialities or substance — the 2008 choice 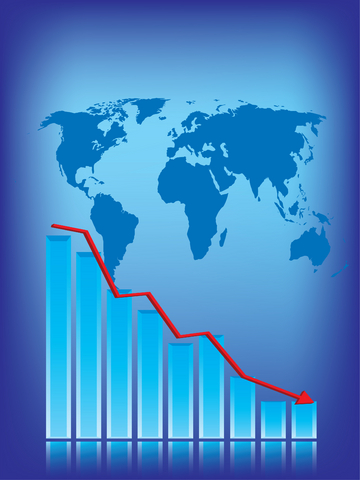 As some observers have noted after the two conventions, there were lots of distractions, lots of words, but not much in the way of substance.

Especially regarding this nation’s number one concern.

No, it’s the economy — rather, the very dangerous state of the economy.

Our Republican friends, plutocrats, or plutocrat wannabe’s, don’t believe we have a problem. McCain is and has always been insulated from the real world by, first, years as a Naval officer, where the pay might not be royal but subsidized expenses are low; then years as a prisoner of war, where the cost of living takes on an entirely ugly but non-financial meaning; then many more years as a Senator, married to wealth, a combination as isolated from the real world as it gets. He relies on his good buddy and close advisor on topics economic, former colleague Phil Gramm of Texas, who believes we’re all whiners.

The Democrats talked a spectacularly good ball game, but had little substantive to offer us.

Even so, based on their track record, one has to believe that the Democrats are more likely to get it than the Republicans, who have spent the last eight years aiding and abetting the liars and thieves on Wall Street and beyond.

Meanwhile, the news, and its import, is grim and becoming even more so.

The Power of De

Save the home lenders, save the world? If only it were that simple.

The just-announced federal takeover of Fannie Mae and Freddie Mac, the giant mortgage lenders, was certainly the right thing to do — and it was done fairly well, too. The plan will sustain institutions that play a crucial role in the economy, while holding down taxpayer costs by more or less cleaning out the stockholders.

But Sunday’s action needs to be seen in a larger context — that of the attempt by the Federal Reserve and the Treasury Department to contain the fallout from the ongoing financial crisis. And that’s a fight the feds seem to be losing.

We’ve come a long way from the days when Alan Greenspan declared a national housing bubble “most unlikely.” There was indeed a bubble, and since it popped two years ago home prices have fallen faster than they did during the Great Depression.

You got that, friends? Home prices have fallen faster in the past two years than they did during the Depression!

Except of course for the plutocrat class, who are apparently insulated from such plebeian concerns.

This great bail out leaves the CEOs of Fannie and Freddy licking their wounds with millions in severance and outlandish pay over the past several years while they directed their organizations into insolvency, and is symptomatic of tough, ugly times ahead.

So strategic thinkers, like Paul Krugman, see parallels with Japan, a country that just spent over a decade in an economic funk, that our own current problems threaten to renew for them.

It’s time for some substantive strategic thinking on rescuing the nation from this economic crisis from our presidential candidates.

If I dare to repeat myself, it’s going to take a liberal quantity of BOLD.

Senator McCain’s version of bold is his typically impulsive and reckless choice for vice presidential candidate, a political and religious wingnut. Palin makes Tricky Dick Cheney look like an accomplished statesman. After all his hidden agenda is only oil. And oil money.

Senator Obama, the ball is in your court.

Give your country something to chew on: a real plan to pull this country away from the abyss.

If you make sense, if you give people the substantive means, not just hopeful words, to see light at the end of this gloomy tunnel, then you win.

If you won’t, then I’m very afraid that you will be handing the election to those who vote on superficialities, not issues.

And I’m very afraid that those superficialities will beat you.

This entry was posted on Monday, September 8th, 2008 at 8:45 pm and is filed under Economic depression, Economy, McCain, Obama, Politics, Presidential election, Recession. You can follow any responses to this entry through the RSS 2.0 feed. You can leave a response, or trackback from your own site.

2 Responses to mm493: Superficialities or substance — the 2008 choice