This one got me.

But, in recognition of Republican week, I don’t have a problem with having the infamous George III smirk atop this post.

I might have a problem with the thesis, but it’s worth exposing, since it represents a point of view that had never occurred to yr (justifiably) humble svt. 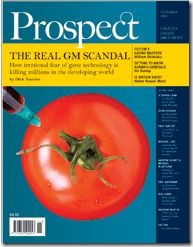 A Truman for our times

The received wisdom is that President Bush has been a foreign policy disaster, and that America is threatened by the rise of Asia. Both claims are wrong—Bush has successfully rolled back jihadism, and the US will benefit from Asian growth

That George W Bush’s foreign policy has been a total failure is now taken for granted by so many people that one usually hears it stated as a simple truth that need not be argued at all.

It has happened before. When President Harry S Truman said in March 1952 that he would not seek re-election, most Americans could agree on one thing: that his foreign policy had been a catastrophic failure. In Korea his indecision had invited aggression, and then his incompetence had cost the lives of some 54,000 Americans and millions of Korean civilians in just two years of fighting—on both counts more than ten times the number of casualties in Iraq. Right-wingers reviled Truman for having lost China to communism and for his dismissal of the great General Douglas MacArthur, who had wanted to win it back, with nukes if necessary. Liberals despised Truman because he was the failed shopkeeper who had usurped the patrician Franklin Roosevelt’s White House—liberals always were the snobs of US politics.

Abroad, Truman was widely hated too. The communist accusation that he had waged “bacteriological warfare” to kill Korean children and destroy Chinese crops was believed by many, and was fully endorsed by a 669-page report issued by a commission chaired by the eminent British biochemist Joseph Needham. Even more people believed that Truman was guilty of having started the cold war by trying to intimidate our brave Soviet ally, or at least that he and Stalin were equally to blame.

How did this same Harry Truman come to be universally viewed as a great president, especially for his foreign policy? It is all a question of time perspectives: the Korean war is half forgotten, while everyone now knows that Truman’s strategy of containment was successful and finally ended with the almost peaceful disintegration of the Soviet empire.

For Bush to be recognised as a great president in the Truman mould, the Iraq war too must become half forgotten. The swift removal of the murderous Saddam Hussein was followed by years of expensive violence instead of the instant democracy that had been promised. To confuse the imam-ridden Iraqis with Danes or Norwegians under German occupation, ready to return to democracy as soon as they were liberated, was not a forgivable error: before invading a country, a US president is supposed to know if it is in the middle east or Scandinavia.

Yet the costly Iraq war must also be recognised as a sideshow in the Bush global counteroffensive against Islamist militancy, just as the far more costly Korean war was a sideshow to global cold war containment. For the Bush response to 9/11 was precisely that—a global attack against the ideology of Islamic militancy. While anti-terrorist operations have been successful here and there in a patchy way, and the fate of Afghanistan remains in doubt, the far more important ideological war has ended with a spectacular global victory for President Bush.

First thing you have to do when confronting an essay such as this is to consider the source.

I’ve an interest in military history, and I have read more than one of his really fascinating analyses of military strategy throughout history. Luttwak tends toward fresh, offbeat, but well reasoned, looks at well-trod ground. He seems to be taken seriously by professional soldiers.

And yeah, he’s the guy whom, in an opinion piece in the NYTimes this spring, claimed, to much dismay, that Barack Obama, born a Muslim, is still considered one in the Islamic world. This inflammatory opinion has since been debunked by Islamic scholars, but damage was done to Obama’s momentum.

So that brings us to this off the wall piece.

After 9/11, Bush talked tough, and Luttwak says that political leaders in most Muslim countries chose to believe him, and make their streets unsafe for jihadists.

Any towers blow up lately?

Luttwak also gives Bush credit for “denuclearization,” although the returns certainly aren’t all in on that one, as rumors continue to bubble regarding preemptive attacks on Iran emanating from either Israel or U.S. forces, or both.

The, Luttwak really gets my attention.

The denigration of George III’s foreign policy (as opposed to his domestic economic policy — even Luttwak can’t paper over that!), apparently accompanies the conventional wisdom that has America in a state of permanent decline — our century was the last one, and this one is China’s.

Luttwak believes, however, that C.W. has it wrong — Bush’s supposed foreign policy failures are not so, and China is a problem for the U.S., and is also not one. As they hold so much of our paper, one would like to be optimistic about this one.

And, as one of Wikipedia’s “policemen” commented, in regards to what was deemed an overly positive Luttwak bio there, “I read both liberal and conservative journalism, as I don’t wish to live in an echo chamber.”

This entry was posted on Tuesday, September 2nd, 2008 at 9:10 pm and is filed under "War on Terrorism", 9/11, Afghanistan, Geopolitics, Iraq occupation, Military affairs, Obama, Terrorism, War. You can follow any responses to this entry through the RSS 2.0 feed. You can leave a response, or trackback from your own site.