mm479: Change Before It’s Too Late 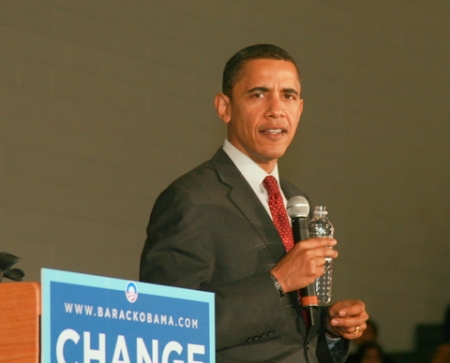 Confession: Yr (justifiably) humble svt has been watching these past couple of months of virulent right wing zingers aimed at Barack Obama, that are apparently drawing blood among responders to polls, with more than a little tinge of déjà vu.

However, Obama is facing a war hero with a wife so wealthy that he can’t keep track of how many homes they own. Do the Democrats have the bare knuckled instincts to strike back against McCain’s rabid Rovians? Frank Rich of NYTimes is urging that the time for polite cheek turning is long past.

Last Call for Change We Can Believe In

AS the real campaign at last begins in Denver this week, this much is certain: It’s time for Barack Obama to dispatch “Change We Can Believe In” to a dignified death.

This isn’t because — OMG! — Obama’s narrow three- to four-percentage-point lead of recent weeks dropped to a statistically indistinguishable one- to three-point margin during his week of vacation. It’s because zero hour is here. As the presidential race finally gains the country’s full attention, the strategy that vanquished Hillary Clinton must be rebooted to take out John McCain.

“Change We Can Believe In” was brilliantly calculated for a Democratic familial brawl where every candidate was promising nearly identical change from George Bush. It branded Obama as the sole contender with the un-Beltway biography, credibility and political talent to link the promise of change to the nation’s onrushing generational turnover in all its cultural (and, yes, racial) manifestations. McCain should be a far easier mark than Clinton if Obama retools his act.

Obama’s message of change needs an update, Rich says, and he makes a strong case.

The argument against Obama’s “going negative” is that it undermines his message of “transcendent politics” and will make him look like an “angry black man.” But pacifistic politics is an oxymoron, and Obama is constitutionally incapable of coming off angrier than McCain. A few more fisticuffs from the former law professor (and many more from his running mate and other surrogates) can only help make him look less skinny (metaphorically if not literally). Obama should go after McCain’s supposedly biggest asset — experience — much as McCain went after Obama’s crowd-drawing celebrity.

Use that rapier wit for more than rhetorical flourishes, Barry.

Op-Ed Columnist – Last Call for Change We Can Believe In – Op-Ed – NYTimes.com

Clueless John McCain has no idea how to effect change in this country, even should he want to, and we all know that he’s perfectly happy to effectively extend George III’s reign another four years. That is simply unacceptable, and most voters know that.

Another four years of bankers getting million dollar bonuses while 3,000,000 home owners abandon houses whose corruptly handled mortgages they can’t afford? Another four years (or 100!) of pointless bloodshed in Iraq? Another four years of watching China, at heart a repressive anti-democratic society wearing glossy Western makeup ascend while the golden beacon of American democracy and justice sputters? Hell, no!

If the Democrats can’t win an election where the parlous state of the economy is the primary concern of voters, than they don’t deserve to win an election for town dog-catcher.

Letting the hate mongers destroy John Kerry’s campaign — shame on them. Letting them get away with it this time — well, shame on us. There’s too much at stake.

The fierce urgency of the 21st century demands Change Before It’s Too Late.

This entry was posted on Monday, August 25th, 2008 at 9:00 pm and is filed under China, Economy, Iraq occupation, McCain, Obama, Politics, Presidential election. You can follow any responses to this entry through the RSS 2.0 feed. You can leave a response, or trackback from your own site.

2 Responses to mm479: Change Before It’s Too Late