mm462: Impervious to the Olympics 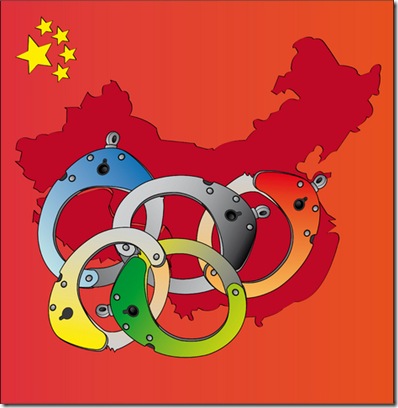 Long ago, yr (justifiably) humble svt was quite the sports fan. Some of this was genetic; my long-deceased father was a baseball fan, first and foremost; during his prime he was pleased to have season’s tickets for both Chicago ball clubs.

His oldest son is more of a fair weather fan. And the weather thus far this season has been quite fair, thank you very much, on both the North and South sides of town, although all such observations are via television or Internet; stadium tickets, parking, refreshments are luxury goods.

Professional and college football I find more compelling; even though I never have been at all athletic, the large size of football players fits my self image better, I think. Those seasons are just about to begin; it’s been a long several months football-free drought. But, interest is vicarious; the past two seasons, courtesy of my Naval Academy children, I have actually attended a couple of live college games, but it’s been 30 years or more since I’ve attended a professional contest.

For many years, I was a happy subscriber to Sports Illustrated, and a voracious consumer of televised sports of all kinds, although until the past few years penury deprived me of many years of ESPN.

And, every four years, and lately, since the Winter and Summer games have been split, every two years, I was a consumer of televised Olympics.

A fellow denizen of BlogExplosion.com, michiganrafter, much more into things athletic (and commercial) than am I, had a listing the other day of the Top Ten Olympic Moments, and I could recall and concur with all of his choices.

Or, perhaps, I’ve simply awakened from my juvenile sports-based fantasies. You know, the ones about hitting the winning home run, or somehow overtaking and tackling the speedy running back thereby protecting a victory, or throwing a discus an impossible distance.

No, I think sport changed. Or, my romantic perceptions of sport were corrected by reality.

— After Sports Illustrated, and the daily newspaper sports sections, and the nightly ESPN news roundups, became more about multi-million dollar contracts, off-field criminal behavior and performance enhancing drugs than contests on the field.

— After a family of four requires a couple of benjamins to attend a professional sporting event. Exactly where do the billionaire owners in their penthouse skyboxes think the next generation of fans is going to come from, if their parents can no longer afford to take them out to experience for themselves the awesome sensory experience of a live baseball or football game?

[Prediction: NFL 2030: games played in a studio, before an invited audience of a few hundred plutocrats, with canned crowd noise piped in like 1950s television sitcom laugh tracks. Not sure that it’s a sustainable business model, guys.]

— After it became increasingly obvious that the Olympic games, ever portrayed as the ultimate purity in amateur athletic achievement, became a showcase for professional performers, first covert, now flaunted, and mainly a quadrennial showcase for global advertisers.

And the cities and nations who competed desperately for the “honor” of hosting these global festivals were often discovered to have resorted to flagrant bribery to win the privilege of burdening with outlandish debt its citizens for 30 years or more. Honor, indeed.

And now, finally, the pinnacle of political and commercial cynicism, the 2008 China Olympics.

The 2008 China Olympics, the glowing triumph of a repressive authoritarian state pretending that, due to its undoubtedly amazing commercial, industrial and economic achievements over the past 30 years, it merits inclusion in the ranks of democratic nations.

The 2008 China Olympics that wants the world, beyond all sensibility, to ignore its brutal totalitarianism and bask in its shiny 21st Century facade.

Undeniably, the country (or at least its coastal economic powerhouses) is transforming itself into what superficially looks like a modern, 21st Century nation.

While it represses its Tibetan minorities.

While it beats insensible those who dare to freely express the truth, recently in the cities of the West, to our collective shame.

While it maintains the Great Firewall of China in what ultimately will be a failed effort to prevent the virus of true democracy from infecting that burgeoning middle class the elderly autarchs are so proud of.

I will resist the impulse to switch on the TV; or search out the on-line video streams that I’ve heard are threatening to overwhelm Internet I.

In the same way that, most years, I’m really not that into whose obscenely overpaid mercenaries of whatever sport, wearing the colors of a city most of whose residents can no longer afford to view their sporting events in person, defeats another city’s mercenaries.

Enjoy your Olympics, people. Drink your Cokes, use your Visa cards at McDonalds. After all, we’re all in debt to China out to seven generations, why not enjoy some of its spectacle and worry about all that tomorrow.

And the Olympics is such business writ large.

I’m not buying it.

This entry was posted on Friday, August 8th, 2008 at 11:47 pm and is filed under Business, China, Democracy, Geopolitics, Global trade, Politics, Sports. You can follow any responses to this entry through the RSS 2.0 feed. You can leave a response, or trackback from your own site.

6 Responses to mm462: Impervious to the Olympics