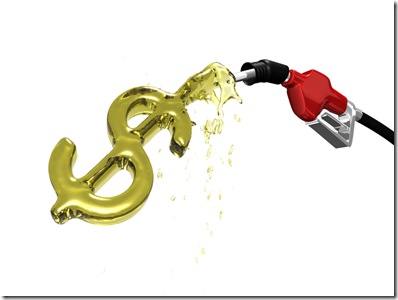 The new reality of $80 fuel fill ups has begun to penetrate the consciousness of this nation’s employers, many of whom are responding to their employees’ pain in a variety of intriguing ways.

IN Washington State, Microsoft has leased three large office complexes miles from company headquarters in recent months to shorten the commutes of about 7,000 employees.

In San Francisco, Citigate Cunningham, a public relations company, now encourages workers to stay home whenever possible, providing laptop computers and BlackBerrys to enable telecommuting, and reimbursing them $40 a month for high-speed Internet connections in their homes.

At Rejuvenation, a lighting manufacturer in Portland, Ore., employees skip one day of work completely. The company has gone to a four-day week, with each workday being 10 hours long. Alysa Rose, the president, also gives away a free bicycle to an employee every month.

Increased telecommuting, or working from home, suddenly is not only tolerated, but actually encouraged by many forward-thinking managers who suddenly are experiencing attrition of valued staff for reasons of excessive commuting expense. And, as an electronic collaboration professional, I can’t help but be heartened by this trend, since tools such as web conferencing allow dispersed workers to interact most productively.

Nationwide, workers are being presented with free gas cards, subsidized bus passes, more money in their paychecks, and the opportunity to turn their cars into company billboards (with the company often picking up all fuel costs, not just miles spent commuting).

Gasoline has become the new workplace perk, as employers scramble to help workers cut its use and cost. A dollar a gallon ago, things like telecommuting, shortened workweeks and Internet subsidies were ways of saving time and providing workers with a little more balance in their lives. Now they have become ways to save money and to keep workers from, well, walking.

A fascinating trend is the 4 day, 10-hour/day workweek, which uses 20% less commuting resources for the same number of weekly work hours. As long as the logistics are covered (phones and service counters handled, for example) this is a solution that the more penurious employer might go for, as it doesn’t cost any more.

The anecdotal evidence referenced in the Times story covers a broad geographic expanse, indicating that the pain at the pump (certainly real!) and many employers’ responses to same are here to stay, and not a short-term fad. After all, it’s going to be difficult to put the telecommuting, gas card awarding, 4 day/10 hour working, genies back into the bottles, at least for those enlightened managers who value their most important business asset.

This entry was posted on Thursday, August 7th, 2008 at 9:24 pm and is filed under Business, Career, Economy. You can follow any responses to this entry through the RSS 2.0 feed. You can leave a response, or trackback from your own site.