mm441: The Zen of the commuter 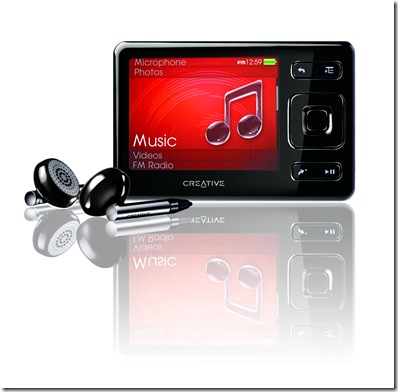 So it’s already almost 9:30pmCDT as I begin these words, pretty late to start a week-night project. It’s only a little crazy that, for WordPress.com, it’s already Thursday, as they operate on GMT and the calendar flips over for them at 7:00pmCDT.

But, while not Thursday yet in my world, it’s pretty late.

Got some interesting political/current events stuff that, if I had some drive, I might be able to write about. But, after a day of writing (a thrilling technical manual) and leading a fireman’s life later in the day (you know, days of boredom followed by minutes of sheer terror) as we broadcast our CEO’s quarterly message to his high ranking troops, I’m gassed. Not to mention the two hours round-trip commute.

Actually, I think I will mention the commute.

I’ve been making the workday journey to the Heart of Corporate America for nearly seven years. I’m convinced that the only reason that I haven’t long since gone postal is audio books.

We broached the subject of audio books in the most detail in this post from last August.

I publicly admit that I indeed listen to books on tape (or, more recently, CD) almost every day.

I have a commute that can take more than an hour, especially the afternoon home-bound one, and I have been using books on tape to fill that mental vacuum caused by bumper-to-bumper traffic on a numbing 250 times per year route for more than a decade and a half, since an otherwise despised boss tipped me to their value in this application.

I formerly listened to FM broadcast radio, mainly our last classical station, but often some afternoon FM talk, in a Howard Stern vein (but not HS!). The classics are always soothing, but not always useful at distracting one from driving chores. Talk radio, at least in MUDGE’s neck of the woods, seems to consist of 10 minutes of snarky talk followed by 20 minutes of jangly commercials. Ugh.

Books on tape rescued me from the tyranny of the airwaves (this was before the availability of satellite radio, which might have changed my thinking had I not been locked down into b-o-t mode by the time Sirius and XM made the scene).

My criteria is rock solid: never, ever an abridgement. Ever.

Unabridged recorded books in the book stores are quite spendy, and I simply won’t spend double that of its hardbound equivalent for even the best of the best.

So, it’s our local public library for me. Not an unalloyed joy this, since our city fathers built a wonderful structure a few years ago (the third on the site in my lifetime in my town, which more than most reminders of my age hits quite hard), and the municipal edifice complex has left the library with a reduced budget for, what else, books. Sigh.

But, I persevere, hampered only a little by the limitation imposed on me by the lack of a cassette player built into my “winter” vehicle, which contains a CD player only. Sigh.

I remain resolutely happy with my choice of substance (even Janet Evanovich has more substance than brain-melting FM talk radio), and am not ashamed of my audio addiction.

Here’s an update: Books on tape, or books on CD, have evolved, in the way of our world, to books on flash memory. Yes, this codger has entered the 21st century in a big way, loading his downloaded books in mp3 format onto his Creative Zen, an iPod type device (in function, not execution), for commuting mental health purposes. Its beauty shot, downloaded from the Creative.com web site, set the tone for today’s post.

“So, where do said files come from?” faithful reader might usefully inquire. “And, have you broken down and begin to PAY for your electronic literature?”

“The pipes, of course,” I would answer the first query. “Hell, no!” I would declaim in response to the second.

Shortly after the post so extensively quoted above (forgive me the indulgence — I like my way with words!

), I had occasion to write about a then recently published book on a topic I’ve always loved, whales.

It is only appropriate that a posting on Starbucks be followed by a story about the whaling industry. Go ahead, ask me why. In the analytic spirit of the week, that just shed important light for me about why I so enjoy the coffee boutique chain: I’ve never ever gotten over “Moby-Dick.”

It wasn’t that long ago that L-HC discussed reading (all right, listening) to books on tape. One of my recent pleasures was to revisit Melville’s “Moby-Dick” this summer for the first time in 32,264 years, since a senior in high school (then it was the rare cave-painting edition).

What I didn’t discuss in this post is where the audio version of Moby Dick came from, an oversight that I wish to rectify now.

LibriVox restricts itself to books written before 1923, that are therefore in the public domain, unprotected by copyright. Unlike commercial recorded books that are read for the most part by (expensive, and they sound like it) professional actors, LibriVox books are read by volunteers, who download Project Gutenberg literature, read it aloud into their computer, and submit an mp3 file to LibriVox for distribution if accepted.

Moby Dick was my first such book, which turned out to be unusual, because the entire 23 CDs worth were read by a single, amateur but not unpleasant, reader.

The 23 CDs were daunting enough, not because I hadn’t listened to borrowed books as long, because I usually picked the library’s books as much for their length as any other criteria, but because I had the task once downloaded of transferring the zillion mp3 files onto CD, worrying about chapter length, etc., a project that took hours, and of course, 23 blank CDs.

Hardly a no-cost project. But I really enjoyed linking up with Melville after so long, and this winter I had a breakthrough.

The Camry has both cassette and CD drives; I’ve mentioned that our local library is stronger in their cassette inventory than their CD one, which is growing only slowly. The Element only has a CD drive. So when winter came last December, I contemplated yet another winter poring over a smaller array of literature (to be polite), until I thought of LibriVox.

I couldn’t countenance the expense of time and blank CDs for another download, but I suddenly had a revelation (don’t worry, I pulled over to the side of the road before I did). The hip and happening Element doesn’t have an old fashioned cassette player, but does have, right next to the DC power jack in the dashboard, an Auxiliary input for an mp3 player.

Eureka! Download a book from those generous folks at LibriVox, load it into an mp3 player, plug that player into the Aux input, and listen away with far less download and transfer time than the original CD solution.

Enter the Zen. Small, credit card sized as their web site emphasizes, so it easily fits in jacket or vest pocket, and reasonably affordable for the 4 gigabyte memory I chose (holds several books, and unlike hard drive players, no rotating parts to wear out). And, with a double ended patchcord plugged into the earphone jack and that Aux input, a very nice solution.

Of course, as you might have guessed, 4-wheel drive season lingered this year but did eventually give away to sunroof season, so I’m back in the Camry, which of course doesn’t have anything as hip and trendy as an Aux input jack (after all, would a Buick?). So I’m stuck with a kludgy converter that loads into the cassette player, with a small cord that attaches to the Zen. Ugly, unhip, untrendy, but, it works.

And, I have to say that I have thoroughly enjoyed my LibriVox experience thus far. I’ve recently “read” some Gibbons (yes, the Decline and Fall of the Roman Empire! — you’ve heard of it, but have you ever read it?), Dickens, Thomas Hardy, Joseph Conrad and F. Scott Fitzgerald, mostly books that eluded me in my applied literature years. Beard’s History of the United States is presently cushioning my commutes.

After the Moby Dick single reader experience, I was rather unprepared for the more usual way of LibriVox: each chapter, or perhaps a group of chapters, are read by different volunteers. The readings run the gamut from “highly professional, he could make a living doing this”, to “what a creamy sexy voice she has, if I were a different guy I’d be tempted to stray just on the strength of that voice alone,” to “OMG what an impenetrable Finnish accent!”

It’s all good. The price is right. The download and mp3 player combination is quick; the literature prevents me from road rage meltdowns, and make the 60 miles a day feel like 16. Zen, indeed.

So committed am I to recorded books that I actually disliked this one element of an otherwise terrific job I had for five years, since its 20-minute each way commute was too short to really do justice to the books!

I’ve often been told that I have a good radio voice, and since I’ve earned my living in the past few years teaching over web and telephone conference, I’m inclined to believe it. It’s a goal to make some time, get myself a decent headset and read a few chapters of an excellent public domain novel or biography for LibriVox.

Check it out. Turn off your radios, people!

So, for a guy who was sure he had no energy to blog beginning at 9:30pm, who didn’t know when he started where he was going to end up, it ended up in a good place, a little more than 90 minutes later. Thanks for coming along for the ride!

Note!: the links to Creative.com used above are for the convenience of faithful reader and represents no commercial relationship whatsoever. Left-Handed Complement should be so fortunate as to ever collect remuneration of any kind for this endeavor, and in any event it’s against WordPress.com’s rules. I can link, so I link. It’s technology. It’s cool. It’s an artifact of Sequitur Service©. Deal with it.

This entry was posted on Wednesday, July 16th, 2008 at 10:56 pm and is filed under Books, Inspirational influences, Life, Technology. You can follow any responses to this entry through the RSS 2.0 feed. You can leave a response, or trackback from your own site.

3 Responses to mm441: The Zen of the commuter