mm392: Memorial Day – so much more than sales and barbecues 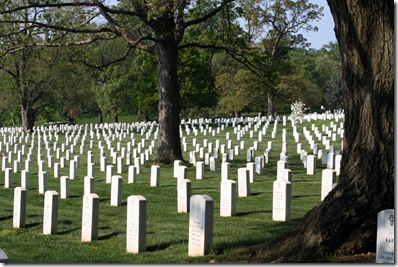 The last Monday of May in the U.S. is the Memorial Day holiday. Wikipedia says,

Memorial Day is a United States Federal holiday observed on the last Monday of May (in 2008 on May 26). Formerly known as Decoration Day, it commemorates U.S. men and women who perished while in military service to their country. First enacted to honor Union soldiers of the American Civil War, it was expanded after World War I to include casualties of any war or military action.

As U.S. soldiers are fighting and dying daily, totaling much more than 4,000 to date, this opinion piece from today’s Washington Post is worth reflection. It’s author, William Troy, is a general.

Throughout this war, the Army has maintained the practice of assigning a general officer to attend the funeral of every soldier who falls in service to our country. I’ve had this duty many times. The intensity of each funeral leaves me struggling to understand the enormousness of the sacrifice to which I have been a witness.