Paul Krugman is frequently quoted here in this nanocorner of the ‘Sphere©, because he so frequently cuts through the obfuscation and clarifies economic realities. (See this post, and this one, for example.)

Krugman looked it over. His conclusion: There’s no there, there.

Anyone who has worked in a large organization — or, for that matter, reads the comic strip “Dilbert” — is familiar with the “org chart” strategy. To hide their lack of any actual ideas about what to do, managers sometimes make a big show of rearranging the boxes and lines that say who reports to whom.

END_OF_DOCUMENT_TOKEN_TO_BE_REPLACED

Mostly, this nanocorner of the ‘Sphere© looks at the news and opinions of the day, be it political, or sometimes technological, seeking some nugget of value that, out of the information inundation, resolves itself as unique and important to yr (justifiably) humble svt, and hopefully to you, faithful reader.

Today it’s not about what’s new. It’s about each of you.

This won’t take long. But it just might be the most important few words you’ve read this year.

It’s Sunday. The next workweek lurks, its dimensions unknown, its outcomes uncertain, beginning in a mere few hours.

It’s recession in America, and perhaps the world. What’s going to happen to your job this week?

Better start thinking about your next job.

END_OF_DOCUMENT_TOKEN_TO_BE_REPLACED

mm332: Take America back from the extremists!

Doesn’t happen that often, unseemly taken with my own wordsmithing as I am, but I ran into an essay that caused me to have one of those W!IWICWLT! moments.

Bernie Horn, whose writing I don’t remember seeing before, has laid out an inspiring message for those of us of the liberal persuasion who have felt positively tongue-tied when attempting to articulate our most deeply held beliefs about the morass our nation is in now, and what we should be saying to get out from under the reactionary boot.

Three Words Progressives Can Use to Win Elections

The American dream is not about a society where government secures the greatest good for the greatest number. Our dream is personal. It’s about a poor child delivering newspapers and one day ending up as the publisher. It’s about an unskilled worker attending night school and becoming a successful manager. It’s about individuals and families practicing their religion without interference, getting ahead through hard work, and being able to retire in security and comfort. The American dream is a prayer, a vision, a fervent hope that every individual may be given a fair chance to build a successful life.

The progressive-liberal-Democratic base of voters would gladly accept a communitarian philosophy. I, too, wish that American culture were more oriented toward altruism and community. But it isn’t. A realistic progressive philosophy is one that accepts our national culture of individualism and — nevertheless — seeks to make the American dream accessible to all. How can we envision such a philosophy?

The true and original meanings of those three words: freedom, opportunity and security, have been suborned by the noisy and all too persuasive extremists of the right for too long.

END_OF_DOCUMENT_TOKEN_TO_BE_REPLACED

mm331: Obama at Cooper Union: Lincoln for our times?

He could have spoken anywhere; that’s what the communications age is all about. Perhaps he should have spoken in Pennsylvania; after all, its April 22nd primary represents the next towering challenge to his candidacy.

But, he spoke in New York City, because that’s where beats the economic heart of the country (and not too long ago, the planet). And his speech was about our economic distress, the Wall Street half of the equation, where “pain trickled up.”

An interesting site, new to Left-Handed Complement, “The Reality-Based Community” has been added to our blogroll with alacrity. There, yr (justifiably) humble svt found some incisive analysis, and, usefully, a transcript of this powerful statement.

Obama on the economy

Public images, once established, are hard to change, and it isn’t going to be easy for Barack Obama to escape the “pretty words, no substance” label that his opponents and some journalists have tried to pin on him. But if anything could do it, today’s Cooper Union speech ought to.

Those familiar mainly with the Obama of the stump speeches, the election-night speeches, and the Ebeneezer Baptist Church address on MLK Day — the Obama of the “Yes We Can” music video — will find the Cooper Union lecture a significant change of pace. No soaring images, not much poetry, few applause lines, lots of analysis and substantive proposals, only one Obama-esque turn of phrase in describing the current crisis in mortgage-backed paper:

The speech itself: workmanlike, serious, substantive.

END_OF_DOCUMENT_TOKEN_TO_BE_REPLACED

Can’t help it! It’s like a tennis match, this run-up to the Democratic convention.

Ooh, she hit a good one!

Swack! He got her good on that one!

And, the happiest tennis fan in the stadium is John McCain, who sees the Democrats doing the heavy lifting for he and the until recently hapless Republican party. They’ve gotta be figuring that Clinton and Obama are dealing each other unrecoverable blows; they’ll be too exhausted to put up a defense against him come the general election, and McCain and the Republicans must be taking notes on what stroke aimed where is the most effective.

End of the tennis allusion; never my game, actually. (I was left-handed before left-handed tennis was glamorous.) But, you see its appropriateness.

He’s winning; she and her staff are working at fever pitch to stop him. Kind of ugly out there.

And the professional commentariat notices (as, of course, do we modestly talented amateurs):

END_OF_DOCUMENT_TOKEN_TO_BE_REPLACED

There’s most read, and then there’s favorite. This is a post which yr (justifiably) humble svt is, regrettably, but not regretfully, not at all humble about.

So, I’m casually surfing (what else?), end up at one of my favorite sites, Lifehacker,

and I find one of the most oddly interestingly pieces of on=line advertising I’ve ever encountered.

I don’t do advertising here, mainly because there aren’t enough of you visiting, and most of you are friends and family for whom I have absolutely no desire to monetize the experience, but, as the cliché expresses, the exception proves the rule. By the way, in case you are curious, I have absolutely no commercial arrangement with anyone connected with advertising in general, or this product specifically.

So, I clicked the intriguing looking ad, which shows a couple of nude female posteriors with smiley faces overlaid on them. 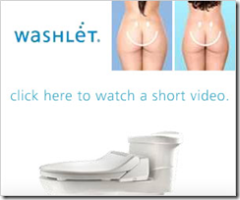 You’ve just got to check this out: http://www.cleanishappy.com

END_OF_DOCUMENT_TOKEN_TO_BE_REPLACED

Paul Krugman of the NYTimes is an economics professor who has a clear grasp of the big picture. Guess that would be macroeconomics, wouldn’t it?

And he has a way with words.

For yr (justifiably) humble svt, as a child of children of the Depression, its lessons were removed by time, heavily insulated by the cornucopia of plenty that followed the cleansing and rebirth that was World War II for the U.S.

Only those who were very young during the Thirties, certainly not policy makers, are around now, so it’s good that Prof. Krugman is here to teach us some important lessons.

If Ben Bernanke manages to save the financial system from collapse, he will — rightly — be praised for his heroic efforts.

But what we should be asking is: How did we get here?

Why does the financial system need salvation?

Why do mild-mannered economists have to become superheroes?

END_OF_DOCUMENT_TOKEN_TO_BE_REPLACED

Yes, faithful reader has undoubtedly guessed that it’s time for another installment of…

… wherein we are even more eclectic than is our habit (a frequent self-criticism: what’s this blog about, anyway? Ouch! It’s about what interests yr (justifiably) humble svt: a little bit of this, a smidgen of that.)

I was thinking of encyclopedias the other day, and so was the NYTimes.

It has never been easier to read up on a favorite topic, whether it’s an obscure philosophy, a tiny insect or an overexposed pop star. Just don’t count on being able to thumb through the printed pages of an encyclopedia to do it.

A series of announcements from publishers across the globe in the last few weeks suggests that the long migration to the Internet has picked up pace, and that ahead of other books, magazines and even newspapers, the classic multivolume encyclopedia is well on its way to becoming the first casualty in the end of print.

END_OF_DOCUMENT_TOKEN_TO_BE_REPLACED

mm326: Go figure! Even our robot forces are undermanned!

This nanocorner of the ‘Sphere© is always intrigued when one of its obsessions interests pops up as news.

Danger Room is a military affairs blog (part of Wired.com) we don’t check into sufficiently often, but today we were rewarded with a new Predator tale.

ninth in an occasional series

END_OF_DOCUMENT_TOKEN_TO_BE_REPLACED

mm325: I’m an Internet informed parent! I know better than my (and everyone’s) doctor!

Often, it’s planted when one’s education consists of 13 years of test preparation rather than preparation for life. Not to speak of four additional years of outrageously costly, grade-inflated, higher (mainly in the beer and sex bingeing definition) education.

It’s cultivated by news and information delivered in 20-second sound bites (and their print and Internet equivalents) by “if it bleeds, it leads” 24-hour “news” outlets.

It’s manifestations are all around us. State school boards cheerfully replacing the teaching of evolution with a concoction spun by religious fanatics shined up and named “creation science.” The federal government gleefully banning stem-cell research on totally non-scientific grounds.

And it’s harvested when what you think you understand can hurt you, or worse, can kill your children, while most effectively endangering everyone else’s.